Farm to Every Table 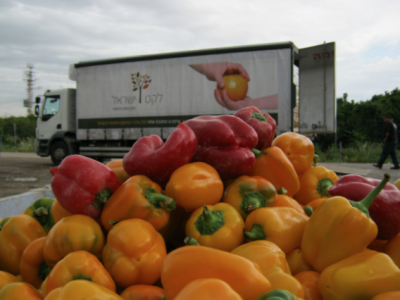 Farm to Every Table

As unexpected weather events continue to intensify due to climate change, farmers are taking heavier precautionary measures to ensure their crops survive and meet the market’s demand. As a result, farmers are able to attain unprecedented levels of production but have to face another significant challenge, harvest waste.

Project Leket addresses the serious challenges of mass production, which leads to large scale waste in Israel’s agricultural sector. The organization partners with farmers and packing houses to donate and preserve excess crops. Project Leket then redistributes the fresh produce among 200 nonprofit organizations whose mission is to provide nutritional food to tens of thousands of low-income Israelis. In 2018 alone, Project Leket rescued 14,000 metric tons of fruit and vegetables used to supply a daily meal for a full year to 83,160 people. The organization does not stop its work at reducing harvest loss and redistributing food; in collaboration with the Ministry of Agriculture, Project Leket has taken the lead raising awareness through PR campaigns on the issue of food waste and the vulnerability of the agricultural sector at large.

Agriculture is one of the most dependable and vulnerable manufacturing sectors, due to it being subject to many external variables. Mostly influenced by the environment (weather conditions, water availability, diseases, pollination), but also changing import tariffs, the availability of export markets, and farmers’ planting schedules all directly contribute to the intricate ecosystem that the awareness raising campaigns intend to address. The campaigns allow for a greater network of stakeholders to learn of Project Leket’s mission and contribute their excess crops to the cause. Campaigns are also developed to benefit the produce recipients. Project Leket works with community centers in lower socio-economic areas to introduce nutrition workshops for parents and children. These “Nutrition for Life” workshops raise awareness about and provide tools for healthy eating. To ensure wide-accessibility, the workshops are offered in Hebrew, Russian, Arabic, and Amharic, and are taught by certified nutritionists.

Project Leket has been actively advocating for many years to address the growing national concern over both the increasing food waste and hunger among the needy. Following an intensive 10-year lobbying effort in the Knesset, Israeli parliament, the “Food Donation Act” was passed into law in October 2018, changing the face of food waste in Israel. As Project Leket continues to rescue millions of dollars worth of fresh produce, the organization is running out of storage room. In 2019, Project Leket expanded to a new logistics center that has a refrigeration capacity that is 16 times greater than their original center. As the new logistical center begins to fill up, Project Leket’s next challenge is to raise sufficient funds for additional outsourced refrigeration to conserve the ever-growing supply of excess crops, reduce waste, and reach a greater number of families in need for the fresh produce. 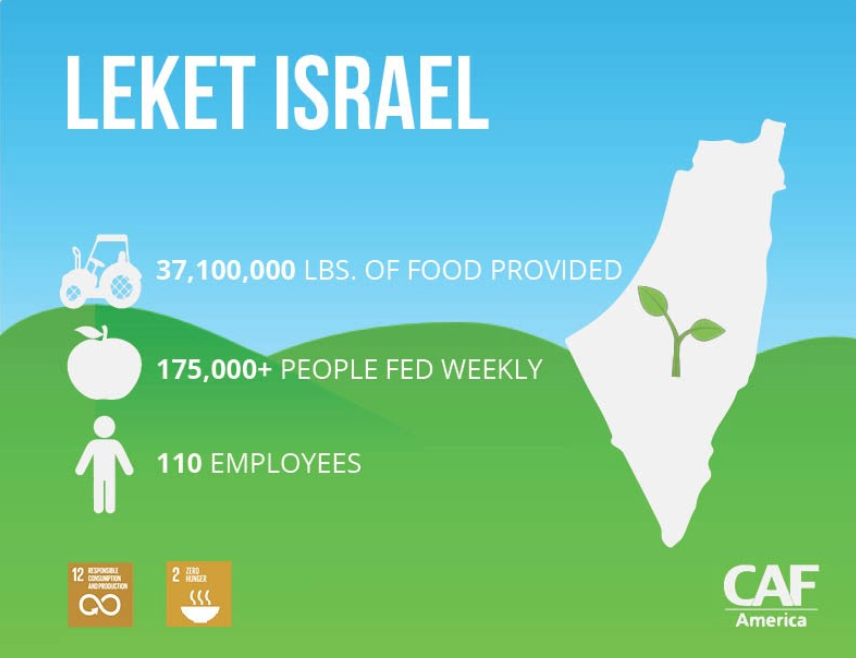