Celebrating Expressions of Faith, Diversity, and Culture through the Arts 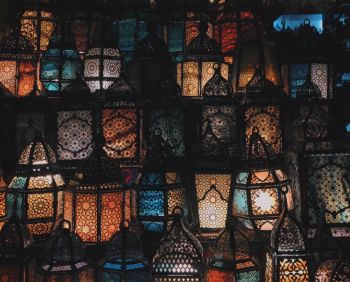 Observed by Muslims worldwide, the holy month of Ramadan is the most sacred time of year in the Islamic faith. Nearly 2 billion Muslims celebrate this spiritual period, or roughly one-quarter of the world’s population. It is a time of spiritual unity that binds this diverse population.

Jordan’s Al Balad Theater works to bring diversity and inclusion to the arts and advocates for the appreciation of the Muslim world through the Hakaya Storytelling Festival. This annual celebration strives to offer a safe space for oral historians, artists, story-tellers, and educators—many of whom belong to minority groups that face prejudice and discrimination—to express their passions and stories in ways that are not only celebrated but amplified.

In 2019, during the 12th annual festival, the Al Balad Theater coordinated 50 performances from 10 storytellers from Jordan, Palestine, Syria, and Egypt. Many performances were held in under-resourced communities to bring the joy of the arts to all. The festival organizers were particularly proud to have reached 1,500 women and children in Syrian refugee communities with 21 performances. In the community of Al Nozha in East Amman, 20 women were given the opportunity to join Egyptian theater director Hasan Al Geretly in a conversation on the importance of the arts and its impact on society and future generations.

Funding from CAF America enabled the Al Balad Theater to invite participants who otherwise would have not been able to attend and engage in events where their voices, stories and cultures can be shared. For Safaa’ Abbasi, access to the arts hadn’t been possible before she began volunteering with Al Balad. Abbasi, a young Jordanian woman with a disability, volunteered to be a story-teller and works with children in Kufr Asad, Irbid. Abbasi and the women with whom she works declare that art is for everyone.

In the Muslim community, Ramadan is a time of reflection and a time to ponder one’s spiritual connection with the world. In honor of Al Balad’s work during the Hakaya Festival, we take time to reflect on the impact that art has on enabling people from all ethnic, cultural, and religious backgrounds to find their voices.