The global humanitarian sector is struggling to implement a ‘localization agenda’ in their work and programs. As an international grantmaking intermediary, CAF America has developed a model for localized grantmaking that empowers our grantees and ensures grassroots ownership of the charitable work we fund.

While CAF America can support any regulatory-compliant charitable activity around the world, a large portion of our grants support international development and humanitarian action. These projects don’t happen in a vacuum – our projects are implemented in the context of a larger international agenda that is set at the level of the United Nations. Initiatives such as the Sustainable Development Goals and multilateral institutions such as the World Bank have created a community of knowledge and practice that many of our charity partners work within. This community is driven by an agenda created at the international level (read: at UN HQ) that claims to be universal – in other words, it can be applied to anyone, anywhere.

Increasingly, key members of this group are recognizing that there is a fundamental flaw in how funding, most often originating in the global north, is spent on programs - most often implemented in the global south. There are two main issues they focus on:

Since 2016, a group of governments, multilateral organizations, and INGOS have entered into what they have described as a Grand Bargain, committing the signatories to “get more means into the hands of people in need and to improve the effectiveness and efficiency of humanitarian action.” They have identified these two flaws with the current humanitarian system and as a result, are working to incorporate a concept called localization into the global development and humanitarian agendas.

Advocates of localization claim that in order to improve the outcome of development and humanitarian programs, donors and donor countries must “localize” the goals of any projects into a cultural context that is understandable to the target communities.  Localizing can improve individual and community buy-in with regards to development projects and disaster relief efforts. Localization allows for an increased sense of local ownership and partnership between implementers and communities, rather than reinforcing the traditional global power differentials. Ideally, implementing localized projects will remove cultural differences as a barrier to implementation, instead using culture as a tool to make programs better.

The Grand Bargain signatories have doubled down on localization, defining it as one of five key ‘workstreams’ within their overall strategy. In their words: “The proposed future role is that [funders] empower local and national organizations to drive, define and deliver principled humanitarian responses to needs in their communities.” However, the Global Humanitarian Assistance Report 2020 reported that just 0.5% of tracked funding in 2019 directly financed local and national NGOs. The report digs into why there has not been more progress:

Time and again, funders are learning that it’s difficult to pursue true localization without intermediaries and local partners. But there are ways they have defined for making it easier to incorporate local contexts into new programs.

Partnering with intermediaries and grassroots organizations is the most effective way to deliver on the promises of localization. Intermediaries, such as CAF America, connect donors and donor organizations with grassroots NGOs and charities that have more direct ties with the communities in which they are working. These connections support the funders that make localization possible, and which are able to approach recipients as equal partners.

As a donor-driven intermediary, CAF America allows donors to give directly to grassroots organizations around the world in a safe and legally-compliant manner. Our review process helps to mitigate risk and ensure donations will be used appropriately. We default to allowing our charity beneficiaries to define their own programs, and our teams ensure they meet the high compliance standards of our validation protocol. Our work advances our core mission and purpose, to accelerate progress in society towards a fair and sustainable future for all. 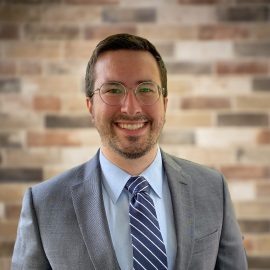