Giving to Canadian Charities? Make Sure You’re in Compliance 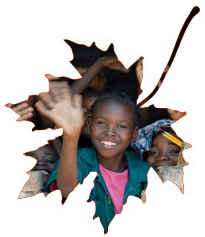 From time to time, our conversations with donor clients or charity partners reveal certain misconceptions within the philanthropic sector. One issue that continues to surface is that giving to Canadian charities is easy. Alas, it isn’t so simple.

This piece addresses the erroneous belief that grantmaking into Canada does not require any due diligence. While it may be less complex than granting into a country that is under scrutiny due to issues such as high corruption or absence of rule of law, it is nonetheless cross-border giving to non-501c3 entities that has to comply with pertinent regulations. Canadian charities require the same amount of due diligence and care with grantmaking as would granting to other foreign countries. There are two main reasons why some U.S. donors believe that giving to Canada doesn’t require due diligence: (1) The existence of a charity database, and (2) The United States and Canada Income Tax Convention’s dual recognition of tax-exempt organizations.

Let’s start by looking at the Canadian charity database. The Canadian Revenue Agency (CRA) is the equivalent of American Internal Revenue Service (IRS) and manages the registration process for Canadian charities while also auditing all of their operations. The CRA maintains a database of all registered Canadian charities where the general public may verify a charity’s registration, obtain its contact information, and check its financial standing. This is a useful tool for any donor, Canadian or otherwise, to do the most basic level of due diligence.

However, even the CRA on its own website notes, “[w]hile most organizations operate within the rules, the CRA cannot fully monitor every one, and changing circumstances in an organization’s operations may affect its continued eligibility for registration. Registration should not be viewed as proof of an organization’s credibility.” While donors have no reason to distrust the CRA’s data, the CRA itself is encouraging donors to take an extra step and do independent research to establish a charity’s current standing. In other words, finding a charity through this database is baseline due diligence, and it should not be the sole source for due diligence. More importantly, CRA database verification does not check all of the boxes that are required to complete an Equivalency Determination or Expenditure Responsibility review.

Secondly, U.S. donors may be under the impression that giving to Canada requires minimal due diligence because of the U.S.-Canada Income Tax Convention. Under Article XXI, subsection 5, the Convention states:

This is where the confusion for U.S. donors may arise. While indeed the Convention recognizes tax-exempt organizations in the U.S. and Canada as essentially the same, it does not specify the type of tax-exempt organization. Furthermore, as the tax treaty is only pertinent to dual taxpayers, donations made to Canadian charities are only tax-deductible against Canadian-source income. The IRS summarizes this saying, “[t]o deduct your contribution to a Canadian charity, you generally must have income from sources in Canada.” See Pub. 597, Information on the United States-Canada Income Tax Treaty, for information on how to figure your deduction.

Readers of the CAF America blog are well aware that registration as a 501(c)(3) in the U.S. does not automatically mean that the organization is a public charity. Section 501(c)(3) of the Internal Revenue Code also includes private foundations and from the perspective of the IRS, all charities are considered private foundations until they can pass the public support test, or are exempt organizations such as schools, hospitals, and churches. The public support test for the IRS means either that the organization:

The U.S.-Canada Income Tax Convention makes no declaration regarding the public support test and U.S. donors should not mistakenly assume that Canadian charities are assumed to be 501(c)(3) public charities.Typically, a Canadian registered charity is presumed to be a private foundation for the purposes of the IRS, unless it has submitted the required documentation for the IRS to determine that the organization is a public charity.

Considering the close relationship between the U.S. and Canada and their citizens, many U.S. individuals, families, foundations, and corporations give frequently to Canadian charities. However, with so many similarities between the two countries, it can be difficult to remember that there are two distinct legal systems that underpin the charitable sectors in these countries. Smart donors will recognize that giving to Canadian charities is indeed giving to a foreign country, and that going beyond the most basic levels of due diligence is important for ensuring that donations are made safely, to organizations in good financial standing, and with strong leadership.

What should U.S. donors and grantors keep in mind:

This blog is based on CAF America’s analysis and best practices, this should not be construed as legal advice