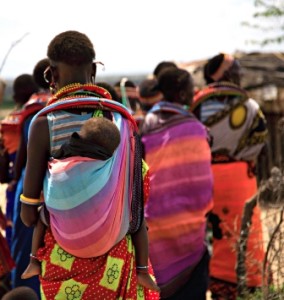 Diaspora giving is not a novel idea or an emerging movement. Recent technological innovations however, have made it easier than ever for donors to support causes in their countries of origin. Historically, it has been common for immigrants and their descendants to maintain close ties to their native communities by sending money to family members or to their hometown or village. The new brand of diaspora philanthropy is currently evolving to broaden both the scope and volume of cross-border support.

One driving force behind the global increase in diaspora giving is the relative ease with which highly skilled workers and talented entrepreneurs now move about in the global community. Increasingly, nations have been willing to facilitate the immigration of extremely successful individuals in order to foster local progress. This has resulted in the steady growth of wealthy diaspora populations which leads to more cross-border gifts. A second motivating factor is the relative ubiquity of the Internet and email services. In past generations, the difficult nature of cross-border communication proved to be an obstacle for many middle and lower income migrants looking to maintain a strong connection to their original communities. Even if recent immigrants were able to maintain contact, the relationship would often end in subsequent generations as descendants became more assimilated. Technological progress has made international communication significantly easier, bolstering the ability of both international and domestic NGOs to cultivate relationships with diaspora communities spread across the globe. Building and sustaining these relationships, however, is contingent upon harnessing the power of remittances.

Remittances, or transfers of money from diaspora members to individuals in their home countries, have grown steadily in recent years, and there is an expectation for this trend to continue. Once believed to comprise only small gifts made by first generation migrants, contributions made by expatriates now amount to more than triple the global aid provided by governments worldwide. As discussed above, this is likely the result of technological advancements that have made it easier to send and receive money across borders.

While more foreign gifts than ever may be entering the developing world, unfortunately they seem not to achieve their full potential impact, which is most often limited to the boundaries of specific households. Those who receive remittances tend to use the funds to meet individual needs, spending it on food, housing, or health care. This money can be life-altering for the households that it reaches, highlighting the importance of scaling up the impact of diaspora giving from the household to the country level. For the diaspora members looking to achieve a broader and more sustainable impact, foreign NGOs can play an important role in assisting in their efforts to reach local NGOs that have a proven track record of successful programs addressing social issues that affect these communities at a larger scale.

Increased awareness of the large role that diaspora communities can play in sustainable development programs has resulted in a surge in the number of organizations looking to engage with these communities. Recently, a number of nations have partnered with organizations based in the U.S. in order to promote a higher level of cooperation between INGOs and wealthier diaspora populations. The Aspen Institute Diaspora Investment Alliance recently announced a partnership with the Commission on Filipinos Overseas that will result in the roll-out of the Philippine Philanthropic Fund later this year. The primary goal of the fund is to attract tax-advantaged donations from members of the Filipino diaspora in the U.S. in an attempt to catalyze the efforts of NGOs in the Philippines. The ability to target and engage diaspora populations across the globe is integral to the implementation of high impact social projects, especially in developing countries. With similar initiatives soon to be launched in Colombia, Egypt, Kenya, and India, the future of diaspora giving is becoming clearer. Sustainable relationships between INGOs and diaspora communities, often formed with the help of intermediary organizations in countries where diasporas reside, allow INGOs to reap the full benefits of the trends that have led to a global increase in cross-border giving.

Members of diaspora communities view giving to their countries of origin as more than just a kind gesture. Rather, it is a way for expatriates to send the message to relatives and former countrymen that their idea of home includes both country of residence and community of birth. Technological innovations have provided diaspora members with the opportunity to send this message more loudly. With the help of organizations in their host countries, diaspora members can continue to exploit these innovations and enjoy a greater impact abroad. Engaging these populations will not only lead to longer relationships between diaspora members and their native communities, but also to the creation of bonds between diaspora NGOs and INGOs. These partnerships are essential if sustainable impact and development are to be enjoyed in emerging countries.