Tracking the Funding: An Update on Financing the SDGs 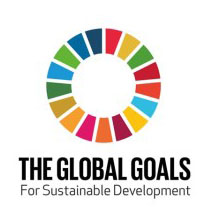 As we are nearing the end of the Sustainable Development Goals’ (SDGs) first year of existence and the planning work towards achieving these goals is fully underway, two main questions remain as common concerns on everyone’s mind — critics and proponents alike — how will we finance these goals and how will we track developmental assistance that is SDG-related?

With the SDGs being so extensive in scope, covering everything from gender equality to climate change and economic development, many governments, development organizations, and other actors in civil society have voiced concerns that they will be nearly impossible to fund given the estimated $3 trillion a year that would be needed to work towards success in achieving these goals. Somewhat simplifying the issue, for the purposes of our quick update, the focus can be divided into two main areas: (1) where will the funding come from, i.e. how to mobilize funding for the SDGs; (2) how to best monitor and measure the funding of the SDGs. The two aspects, innately linked, are also the key in our aspiration to monitor and measure progress.

While our collective minds are more likely to be preoccupied trying to find ways to mobilize funding, ignoring the second aspect would be a mistake. It is crucial for progress to be made in relation to both. In practice, tracking funding is complicated — especially when different sectors and countries have varied perspectives and methods for doing so. Therefore, one would think that the method of measuring how much money is contributed to achieving the SDGs would attempt to reconcile these differences, in line with global and inclusive nature of the goals — a state which we have yet to reach.

Some of the most important steps have indeed already been taken. 193 countries came to an agreement to adopt the 17 universal goals and the 169 targets. Moreover, 230 SDG indicators – moving the process somewhat closer to practical application – have been defined. And more recently, the Organization for Economic Cooperation and Development (OECD) has taken an initial step towards establishing a monitoring platform for the SDGs. The OECD, the organization responsible for monitoring aid directed towards poorer countries (Official Development Assistance – ODA) for decades, has begun formulating a new measurement for SDG-related funding under the Addis Ababa Action Agenda (paragraph 55) establishing a framework to track “Total Official Support for Sustainable Development (TOSSD)”.

With the TOSSD still in the development phase, currently open for public consultation and yet to be finalized, there are some important aspects about the proposed measurement that should be noted and addressed.

In its current form, TOSSD is limited in its scope – prima facie – in two significant ways: based on the type of support, as well as based on the recipient. Thus, the monitoring and measurement under TOSSD covers (1) solely “external” financing, i.e. “resources provided from beyond the borders of the countries receiving it” and refers only to “official support”, i.e. provided by “national, state, or local government agencies and public corporations”; (2) “developing countries” as the main beneficiaries, stating: “as long as an activity is carried out in a developing country, and is aligned with the development priorities of that country, it is eligible to be considered TOSSD”.

Following this, “activities carried out at regional or global levels” relating to global issues are not necessarily qualified under the proposed TOSSD measurement. Furthermore, the list of TOSSD-eligible countries (i.e. a developing country) and the list of relevant multilateral development organizations, are still to-be-determined. It also remains to be seen to what extent private capital mobilised through official efforts could be incorporated in the TOSSD.

Given that one of the most notable successes of the new 2030 Agenda is the universal character of the SDGs – the very goals in relation to which the TOSSD aims to serve as the “new international statistical measure” – it is at the very least debatable whether such limitations on the scope of TOSSD are well advised.

Whether or not the TOSSD will serve as the universal measurement tool for SDG funding, another aspect, particularly relevant from a civil sector perspective, that needs to be addressed is the monitoring of philanthropic funds supporting efforts to achieve the SDGs. Currently, private funding related to the SDGs will not be included under TOSSD, however, the authors leave an open door by recognizing the need “over time, explore the scope for adapting TOSSD to include finance from, and leveraged by, other actors – such as private banks, private enterprises, philanthropies, and civil society – to achieve the SDGs”.

While we have opted to point out some of the areas where further work is needed, we remain cautiously optimistic given that TOSSD is one of the first steps towards developing the SDG tracking mechanism — and with it being open for public consultation there will likely be revisions to further perfect the compendium. Considering that philanthropy is already engaged in advocacy and funding for the SDGs (see also the SDG Philanthropy Platform), the absence of philanthropic support from the TOSSD (which for the Millennium Development Goals accounted for $30 billion in funding) should be addressed and taken into account before the framework is presented next year. The situation is – somewhat surprisingly – similar as far as the absence of corporate dollars is concerned as well, although they are expected to be a core funder of the SDGs. Whether the TOSSD will be expanded to include private financing or these sectors develop their own funding measurement platforms, with the UN specifically calling on corporations and civil society to play an active and instrumental role in achieving the SDGs, it is likely that both this and the absence of private support will be addressed before the metric is finalized.

————————-
Expected to present the framework in the Summer of 2017, the OECD’s TOSSD Compendium is still open for public comment until September 9, 2016 and CAF America looks forward to seeing how this develops.