The Battle to Stop Human Trafficking 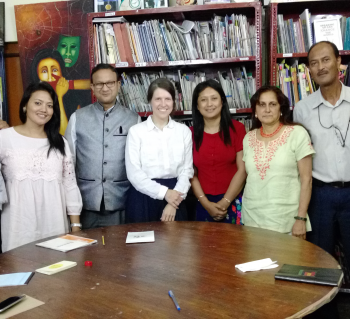 Human trafficking, or modern slavery, is a global tragedy which leaves no country unaffected. The International Labour Organization currently estimates that 40.3 million people are victims of trafficking globally. Trafficking impacts women, men, and children, and it often involves prostitution or other sexual exploitation, forced labor, or other forms of exploitation. According to statistics, women and girls are disproportionately affected by forced labour, accounting for 99% of victims in the commercial sex industry.

A victim need not be physically transported from one location to another to be trafficked. In fact, human trafficking is a broad spectrum that can range from sweatshop labor, to indebted servitude, to smuggling, and worse. It is the fluid nature of this crime which makes the $150 billion industry notoriously difficult to effectively combat.

Based on the acclaimed novel, the feature film SOLD – directed by Academy Award-winning director Jeffrey Brown and produced by two time Academy Award winner Emma Thompson – is an eye opening glimpse into the reality of human trafficking, specifically the brutality of child trafficking in South Asia. The film, a call to action to combat offenders and to aid survivors, aims to raise awareness about human trafficking, and the need for restoring the dignity, hopes, and freedom of the millions impacted..

Established by the SOLD filmmakers, the Taught Not Trafficked fund at CAF America was set up to support charitable organizations in India and Nepal which work to combat human trafficking and/or operate programs focused on rescue and recovery of survivors, education & vocational training, and healing initiatives. The charitable organizations that received support through CAF America’s Taught Not Trafficked fund  support thousands of girls between the ages of 13-17 who had been forced into slavery – often for years.

The effects of human trafficking are both immediate and insidious; an infringement of fundamental and universal human rights such as the right to life, liberty and security, the right to freedom of movement, the right not to be submitted to slavery or forced labor, it undermines not only governments, but the values and principles universally upheld, the fabric of our society. To ensure that modern slavery does not exist in today’s world, it is imperative that we recognize its presence in our communities and work together to eradicate its causes.

This blog was written in reflection of July 30th –  World Day Against Trafficking in Persons; a day to raise awareness of the situation of victims of human trafficking and for the promotion and protection of their rights.