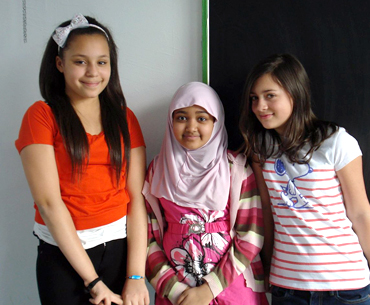 The Tyndale St-Georges Community Centre does just about everything. The small community center in southwest Montreal runs three major programs: an early childhood department, a children, youth and family department, and an adult development department. Some of the services offered include: a thrift store (Tyndale Treasures), a legal clinic, a music program, a library, and rooms to rent (to help members of the community get back on their feet).

“We do a lot,” said Susan Bell, Director of Fund Development, “Our mission is to empower the community and promote self-reliance.” For a charity with such a wide array of offerings, The Tyndale St-Georges Community Centre began with a single focus which it has maintained for over 85 years: offering a safe afterschool space for children.

It began with Charles Johnson, a Canadian industrialist and factory owner who wanted to give his staff peace of mind. He built Tyndale House in conjunction with the Presbyterian Church of Canada in 1927 so that children could be kept off the street until their parents were ready to pick them up. In 1970, the Anglican Ministry of St-Georges joined Tyndale House to create Tyndale St-Georges. During that time, Tyndale St-Georges evolved from an afterschool program to a charitable organization focused on advancing the livelihoods of local families living in the Little Burgundy area of Montreal.

Little Burgundy remains one of the poorest neighborhoods in Montreal. With the highest concentration of low-income housing in Quebec and about forty percent single-parent households, sixty percent of children in Little Burgundy live below the poverty line. Many of these children also face a language barrier coming from immigrant households, and thirty-two percent of them drop out of high school.

Family welfare in Little Burgundy is a formidable task, but Tyndale St-Georges is able to offer so much due to a vast network of volunteers who contribute to the cause, in addition to its 18 staff members. An impressive network of about 200 volunteers come to help tutor kids, offer training, or help run programs. Like most charities though, they still face some challenges when it comes to fundraising.

“We’re not ‘sexy’. We’re not one of the big charities,” said Ms. Bell, “We are in a community many people have never been to. But our mission is worth every moment of people’s time, and we are so grateful for the dedicated people who support us.”