Empowering youth in Kenya through entrepreneurship and economic development 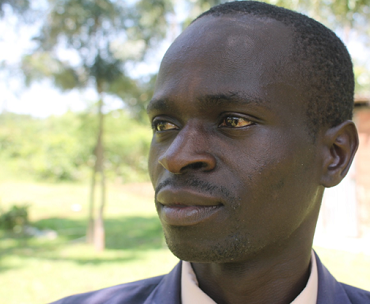 Peace for Africa and Economic Development (PAD) is a leading force aiming to unify a continent.  Based in Kenya, this grassroots organization is focused on youth empowerment through entrepreneurship and economic development. Its objective is to foster mutual understanding, acceptance, cooperation and unity between people of different ethnicities.  Founded by Eddy Gicheru Oketch in the wake of Kenya’s post-election violence in 2008, PAD asserts that the root cause of African challenges is the ultimate key for a prosperous future and peaceful co-existence in Africa. The pillars that define PAD’s model of change are represented by four Swahili words: Amani (peace), Fanaka (entrepreneurship), Ujuzi (education)and Uongozi (leadership).

Founder Eddy Gicheru Oketch uses his experiences during his youth in Kenya as a way to empower others. Eddy states that “with all violence, youths were both the biggest aggressors and victims”; this is why at a young age Eddy began engaging with his own peers. He conducted difficult conversations about peace and what it meant in their lives. He noticed that young people felt left out; their economic, social, and political concerns no longer mattered; they felt that no one in their communities was listening. Eddy attributes both these difficult conversations and his style of engagement with the community to lead to the development and the foundation of PAD.

PAD strongly exemplifies what it means to be a customer-focused, entrepreneurial NGO. With its style of forward thinking, the organization helps youth become economically empowered.  To do this, the organization employs a sustained approach where youth are able to be involved in all aspects of governance and program planning in order to build partnerships.

PAD’s Fanaka program is designed to empower the youth through business incubation training and the provision of small grants which act as seed capital. The objective of Fanaka is to reduce instances where youth are used as socio-political pawns in often ethnic and clan violence instigated by politicians in competition for power. The group’s director, Charles Odedo, finds himself turning a majority of its members’ lives around for the better. Members must adhere to a zero tolerance degree against alcoholism; if any of its members consume alcohol, it will result in disciplinary action. “Alcohol and drug abuse has ruined the lives of so many people in this area,” says Charles. “All of us here in the group go back home to brothers, sisters, fathers and uncles who are victims of alcoholism and are completely useless to their families,” he adds. Charles is inspired to make a difference within his community, and he believes he is able to do just that because the members of the group are such vibrant individuals. The group organizes ways to connect within the community in order to positively impact youth in a continuous effort to make each person an ambassador to peace.