Fighting to find solutions to everyday health issues in Sweden 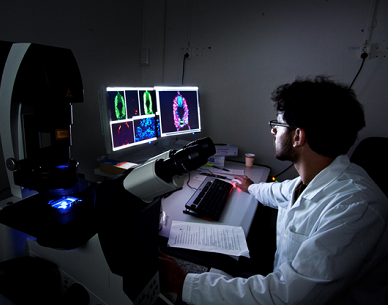 With over 6,000 students, 4,300 employees, and an annual budget of $6.8 million USD, Karolinska Institutet is one of the leading medical research and education centers in the world. Based in Stockholm, Sweden, Karolinska Institutet contributes to more than 40 percent of the medical academic research and education conducted in Sweden. This institution was founded in 1810 by King Karl XIII as an “academy for the training of army surgeons” thus this organization has nearly 200 years of experience and history. However, since foundation, Karolinska Institutet has transcended from just an academy for army surgeons into one of the top 10 medical universities in the world.

The research performed at the Karolinska Institutet creates unimaginable medical breakthroughs and opportunities. This research is then translated into new diagnostics, treatments, and cares for patients throughout the world. With about 60 percent of research funding coming from external sources, continued medical breakthroughs which are aimed at finding new methods of treatment and care are possible. In addition to medical discoveries, the Karolinska Institutet produces close to 6,000 publications yearly involving a broad range of medical topics.

Excellence: High quality characterizes everything we do. We generate world leading results through our broad skills and expertise, perseverance and our ability to lift our sights.

Passion: We believe in science and the transfer of knowledge, and the ability of this passion to transform the world. Our curiosity enables us to constantly generate new potential for development. It stimulates our creativity in such a way as to improve human health.

Drive: We act with strength and authority. We have the power and ambition to implement our mandate and our visions, as well as the flexibility and courage to be innovative and fulfill the expectations of the world around us.