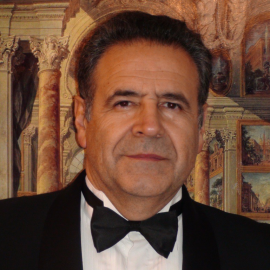 Oscar Bazoberry is an entrepreneur that has been able to early identify technological trends ushered by the evolution of computing and telecommunications technologies such as the Internet, Blockchain, Web3.0 and Digital Objects to create value for his clients. He has 35 years of management, operations and technological experience in the Telecom, Financial and Academic fields. He led the implementation of one of the first multi-national TCP/IP (Internet) networks, the acquisition of Comsat International, Partnership with Microsoft to create a virtual mobile bank and was instrumental in several M&A transactions with the support of bankers such as Goldman, Leeman, and Morgan Stanley.

Some of his major accomplishments include:

Mr. Bazoberry’s lifelong goal is to foster bottom-up development by leveraging high technology as an enabler of productive value chains.

Mr. Bazoberry has served on multiple Boards for non-profits as well as for profit corporations in the Credit Union, Chambers of Commerce, Development, Micro Financial and Telecom industries.