Rwanda and Cricket: A Story of Reconciliation 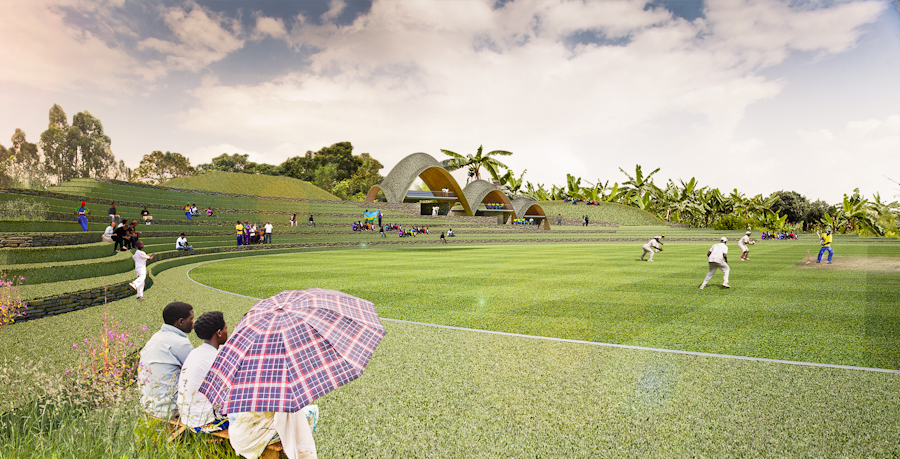 “At one point, I saw my mother try to run away. She made it out of the door, but they killed her under the tree with machetes. When the killing was done, they pulled all the bodies out of the house and into the courtyard. I couldn’t recognise anyone. They were all cut up. Disfigured. Dismembered. Unrecognisable.”

— The testimony of Helen, a survivor of the Rwandan Genocide.

The Rwandan Genocide occurred within a 100-day period and resulted in the deaths of over 800,000 Rwandans. It has been over two decades since these horrific acts took place and now — there is a new Rwanda. Some have compared the country to a phoenix, rising from the ashes of this devastating violence to become a story of success in the Great Lakes region of Africa, where 5.4 million people have been killed in neighboring Democratic Republic of the Congo from 1998 to 2008. To put that in perspective, the combined U.S. death tolls in Afghanistan and Iraq is about 7,000 soldiers over a longer period.

Today, CAF America is joining the world in recognizing International Day of Reflection on the Genocide in Rwanda and encouraging the country’s desire to incorporate its troubled past into its bright future. While reconciliation must come from the citizens of Rwanda, philanthropy and charities can play an extraordinary role in facilitating this process.

Not surprisingly the process of reconciliation has been difficult, and it continues to be a challenge some twenty years later. Philanthropists and nonprofits, local and international, are committed to help bring the country together again. Both conventional and more innovative approaches to reconciliation have been utilized and often times the best success stories have actually materialized as a result of the confluence of these efforts and some unexpected circumstances. Take cricket for example. Cricket is truly only popular in countries where the British Empire left its mark, such as India, Pakistan, and Australia. Rwanda, however, has a colonial history that was instead largely shaped by Belgium and France, not Britain. So why now, of all times, is cricket not only becoming popular in Rwanda but is increasingly seen as one of the best avenues for reconciliation? Well, we have to ask a Brit of course.

In a moving piece in the Telegraph, titled Field of Dreams, we encounter part of the reason why cricket has taken roots in Rwanda. In spite of lacking proper facilities and equipment, there is a great will and ambition among Rwandans to make cricket their own. The Telegraph details challenges such as the hilly nature of the capital city, Kigali, and how it is not conducive to a sport that requires fairly flat and level ground, in addition to the fact that the teams do not have easy access to the appropriate equipment or even team uniforms. But these challenges are surpassable with dedication and Rwandans are determined that if Afghanistan, a country wracked by violence for decades, can win a match in the 2015 Cricket World Cup — against Scotland nonetheless — then Rwanda can too.

One could argue that there could be many reasons behind this determination, such as the love for the sport, however many are convinced that the game is embraced also due to its power to foster healing.

A British charity called the Rwanda Cricket Stadium Foundation (RCSF), founded by Christopher Shale and now run by his son, Alby Shale, is working to build Rwanda its first true cricket stadium. Alby says that the sport has been effective in bringing Rwandans together, even those whose families were on opposing sides of the genocide: “Our ultimate ambition is reconciliation through sport. Cricket is an amazing medium that brings people together. It teaches you to work as a team. You can’t do anything in cricket without working together”.

As construction of the stadium begins in 2016, RCSF is partnering with SURF, a British survivors fund that supports victims of the genocide and has been a grant recipient of CAF America in the past. SURF, previously engaged in helping Rwandan university graduates find employment — a project Alby’s father, Christopher Shale was actively involved in –will play an important role in ensuring that reconciliation efforts are central to the new stadium. The partnership will enable SURF to hold courses at the stadium’s facilities to encourage reconciliation, and to help the players and their families. The hope among all involved is that cricket will become Rwanda’s sport and that it will serve as a symbol of unity for years to come.

Yesterday was the International Day of Sport for Development, a day that celebrates the role that sports have in bringing communities together, curing social ills, and lifting populations out of poverty. Fortunately, such stories of unification around sports are not rare and they continue to provide one of the best platforms for a society to confront itself — and to move forward.