Home > Global Issues > Our Stories > CAF America Blog > The Past: Exploring the Experiences of Refugees Across the Globe (Part 1)

The Past: Exploring the Experiences of Refugees Across the Globe (Part 1) 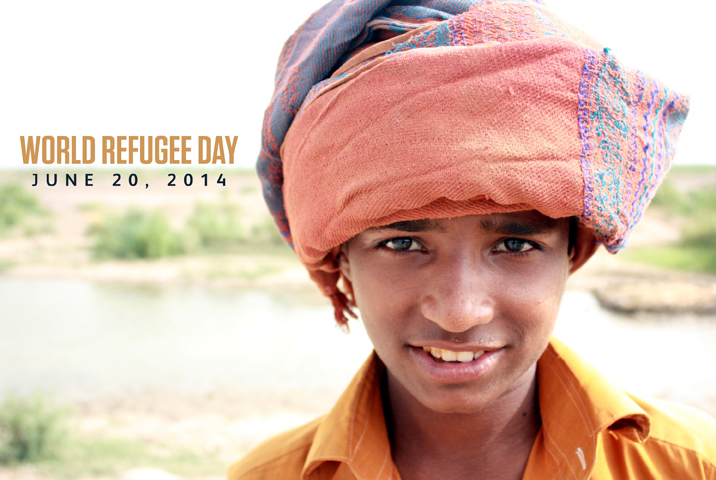 World Refugee Day is held every year on June 20. It is a special day when the world takes time to recognize the resilience of forcibly displaced people throughout the world. This is a three part series written to celebrate and learn more about the “Past, Present, and Future” of refugees worldwide.

The Past
by Thelmany Khieu

In honor of this year’s World Refugee Day theme: “1 family torn apart by war is too many,” I am sharing my father’s own account of how he came to the United States. My father can recite the exact date of his arrival to America: June 29, 1979, as if it were yesterday. He was one out of millions affected by the Khmer Rouge.

The Communist Party of Kampuchea (CPK), formed in 1960, was a rapidly growing organization  brought together by their opposition of King Sihanouk. Dubbed the Khmer Rouge by the king, this regime would later be infamously described as “the worst violator of human rights in the world” by President Jimmy Carter. After 15 years and a civil war, the Khmer Rouge was able to drive the entire country capital of Phnom Penh into the countryside in an effort to create an agrarian, communist utopia. At first, intellectuals were targeted and killed, but eventually no one was safe. The genocide lasted from 1975-1979 and took the lives of approximately 1.7 million people, 21% of the country’s population.1

It took several attempts for my father to finally reach salvation in the United States. At one point, my father was forced to travel down a mountain bordering Thailand and Cambodia. This mountain was called “The Valley of Hell.” The steep mountain forced people to cling to vines to keep from slipping and falling. The Khmer Rouge planted many  landmines on this mountain and several people died. My father said, “In order to get the refugees faster down the mountain, the soldiers decided to shoot. At first it was to the sky, but then directly at us. I was one of the lucky ones.” In another attempt to flee into Thailand, my father and a friend slept under a large boulder. He specifically remembers making a fire to prevent tigers from coming towards them throughout the night.

My father was charitably rescued by  a missionary. He was chosen, fortunately, to come to the United States. After six airplane transfers, he eventually landed in Washington D.C. A congressman was holding a public hearing regarding refugees and my dad would be one of the Cambodian representatives. The very first English words my father ever uttered were, “Hello everybody. I am delighted to meet you.”

Even in an entirely different part of the world, my father was still cautious, failing to provide his real name and information for fear that word would get back to the Khmer Rouge and they would go after his family. He lost his father, aunt, nephew, sister-in-law and brother-in-law as a result of the regime.

Below is a photo my father shared with me, and I asked him a few questions about it:

Thelmany: What is happening in this photo?

Jonathan: This was at DCA, Reagan National Airport. My first son came to America and arrived at the airport. I held my first son, Thaneavin.

Thelmany: How long were you separated?

Thelmany: Why couldn’t you come together?

Jonathan: We couldn’t come together because my son was with my mother-in-law – his grandmother. I lived separately, so I escaped with my friend. It was a bad time, so I couldn’t bring him here yet.

In 1979, my father once said, “I am a country boy and anything that happens to me is a new experience. I feel like a small frog in a well. I have never seen anything and I want to see how advanced the world is. But I feel for my country because it is so underdeveloped and so weak.” I asked my father if his sentiments remain the same. He replied, “No. I’m here in the big country, democratic, freedom. Thanks God.”

1 PBS– Timeline: The History of Cambodia and the Khmer Rouge; Yale University– The Cambodian Genocide Program