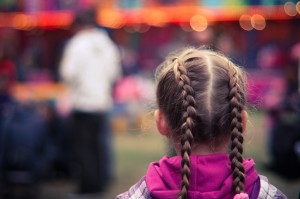 Last week marked the 17th anniversary of International Youth Day – a day to celebrate young peoples views, lives and futures while also raising awareness about the issues they are facing. This year, the theme for International Youth Day was “The Road to 2030: Eradicating Poverty and Achieving Sustainable Consumption and Production“; dovetailing with Goals 1 and 12 of the United Nation’s 2030 Agenda for Sustainable Development. Youth are an integral part of achieving these goals, as they provide unique insight, energy and understanding of world issues as well as the ability to catalyze change through utilizing exciting new technology.

Poverty (SDG goal #1) is an umbrella issue which affects people on all continents of the globe; it has an impact on nearly all aspects of the sustainable development agenda, exacerbating adverse living conditions and disproportionately impacting youth and, in particular, female youth. Nearly 70% of the world population between the ages of 15 and 24 – as youth is defined by the UN –  lives in countries with developing economy where unemployment and birth-rates are generally high, while education, nutrition, water sanitation, hygiene and access to financial institutions fall short of expectations. One could argue that those issues are in and of themselves general results of poverty – and the vicious cycle carries on.  Of course poverty does affect populations all over the globe – including in economically developed countries. However, a well-developed infrastructure in such countries means that affected youth often have easier access to education, health programs, basic housing requirements, etc. In essence, poverty acts as a barrier to achieving success on a personal level all over the world, and also to achieving SDG goals on a global level. While global efforts have resulted in cutting poverty levels in half over the last 25 years, nearly half of the world population still lives on less that the equivalent of $2.50 per day. One step to helping reduce poverty around the globe, and part of this year’s International Youth Day theme, is the adoption of more sustainable consumption and production practices. Amid growing concerns over population growth, climate change and food supply,  adopting sustainable production and consumption practices are becoming an increasingly urgent goal to accomplish. The foundations of  SDG goal #12, are rooted in energy efficiency and conservation, easy access to basic services, green jobs, sustainable farming practices and, most importantly, the coordinated efforts of everyone involved. These trends are catching on, particularly among the youth population.

Young people around the globe are taking their future into their own hands, catalyzing and spearheading changes in consumption patterns, business practices and technology use; coming up with innovative ways to fight poverty while working for a greener future. For example, the United Nations Development Programme recently highlighted a story on a young family in the Samoan islands – an island cluster with 16% youth unemployment – who began their own foundation focused on teaching young Samoan women sustainable farming skills, which becomes a source of income as well as a potential opportunity for long-term employment. In fact, the continent of Africa – which boasts the world’s youngest overall population –  is especially filled with young entrepreneurs with a mind for green-initiatives such as trapping and purifying rainwater for consumption.

Although we are at a very early stage, this new ambitious platform is already well supported by young activists, proof that we can be hopeful that people, regardless of age, are looking forward, rolling up their sleeves and committing themselves to participating in achieving a global set of goals with the aim of increasing quality of life for all. As always, it’s encouraging to see that the dream of a sustainable future for us all is something that transcends geographic borders, economic status, age and gender and unites us all as human beings.

As we reflect on International Youth Day 2016, remember that youth have the unique power to generate powerful positive change – a power which must be cultivated, supported and fought for at all costs. Our future depends on it.

Find out how one of the biggest global events in the world – the Olympics – celebrated International Youth Day here.