Home > State of Philanthropy > World Stage > CAF America Blog > Philanthropy in the Asia-Pacific Region: A Mosaic of Giving to Bangladesh and the Philippines

Philanthropy in the Asia-Pacific Region: A Mosaic of Giving to Bangladesh and the Philippines 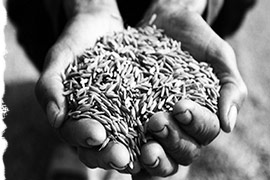 In today’s interconnected world, global philanthropy is more within reach than ever before. The challenges of distant countries and peoples feel acutely tangible through live videos, images, and stories that we can access with the tap of a finger. This means that donors in the US can not only witness a natural disaster occur while it is happening, but they can act faster than we ever would have thought possible to provide relief.

Yet, often times we are only witnessing a moment in time, a small glimpse at a much larger mosaic, and we are left with a distorted and incomplete view. Given that the Asia-Pacific region is so prone to natural disasters, this is often the lens through which we see many of the countries that reside in this region. Many US donors know of Nepal only in the context of the 2015 earthquake, which garnered mass appeals throughout the world. They might not know that Nepal suffers from extreme poverty and that, disaster relief funding, as significant as it might be at the time of peril,  it does not address some of the issues the country is struggling with on a more consistent basis, such as the root causes of this poverty.

The same is largely true of Bangladesh and the Philippines, the two countries which are the focus of this article. Our intention is to highlight lesser-known aspects of philanthropic giving to these countries and provide a larger picture of what US donors should consider. This article will briefly explore: (1) how disaster relief funding impacts Bangladesh and the Philippines; (2) how diaspora engagement is vital to both countries; (3) how local regulations (or lack thereof) can impact US donors’ interest and determination to give to either country.

Disaster relief funding: a blessing and a curse?

Bangladesh and the Philippines alike tend to mostly see US dollars when a natural disaster strikes. Indeed, both of these countries are some of the most disaster-prone in the world and the recipients of considerable levels of aid, a significant fraction of which is designated for relief (for Bangladesh see here, for the Philippines see here). The rush to provide assistance during these catastrophes is impressive, however, once the flooding has ceased or an earthquake occurs elsewhere, the dollars often tend to disappear along with the global spotlight.

The ebb and flow of this funding results in a fragmented civil sector that lacks long-term support, curtailing its chances at growing stronger and becoming self-sustaining, less dependent on international funding. Or, to put it another way, while using your donation to keep the lights on at a Bangladeshi organization might not sound nearly as impressive as saying “my donation helped provide 1,000 people with medical care after the disaster”, it is crucial nonetheless. If the organization could not afford to pay their staff members before the disaster and is not ready for the task at the time of need, even an immediate donation from a US donor will be – in practice – late and it will likely not have as much impact as it could have. As others have said, this chicken and the egg problem makes the development of a solid nonprofit sector difficult, and managing the sudden rush of donations can cause more harm than good. Whereas providing general and consistent support to organizations, a shift that many of the largest foundations have taken,  allows them to develop their capacity and work year round, instead of trying to get organized when a natural disaster occurs.

Does your diaspora call home?

Diasporas have the potential to be the new global power brokers, leveraging significant amounts of money and a likely influence on both their origin-countries and their countries of residence. In the US, there are approximately 270,000 Bangladeshis and about 2.9 million Filipinos (making the Filipino diaspora the fourth largest in the US). Both diasporas achieve higher educational status than the average American, and are highly active in their countries’ politics and current events. The Bangladeshi diaspora sent approximately $33 million home in 2014 and the Filipino diaspora sent about $183 million in the same year. While the grand majority of these remittances are used for general support of families and friends, some of this money does make its way to the civil sector. More often than not, diaspora philanthropy is not a concerted or targeted effort; with focused philanthropy can come dramatically increased impact if the support is channelled towards activities that target a larger issue or are used to fill a gap where there is the most need.

When do regulations have too many teeth (or not enough)?

Amidst a growing global movement on behalf of governments to regulate – which often times means restricting –  funding avenues for civil society around the world, we are faced with two very different situations in Bangladesh and the Philippines.

Bangladesh has faced a fair amount of international attention and condemnation for a proposed law that has been sitting in parliament for a few years now. The Foreign Donations (Voluntary Activities) Regulation Act, 2014, “would regulate operations and funding for any group with foreign funding as well as Bangladesh offices of foreign and international organizations”. While this bill has not yet become law, there are already strict regulations in existence that require NGOs(NGOs) to “submit certain information to the government in a prescribed form to obtain approval for undertaking projects with donations received from outside of the country or from aid-giving agencies of foreign origin working inside the country”.

The Philippines, on the other hand, appears to prefer what resembles a more of a laissez-faire approach. With a history of political activism, and presumably playing a role in the toppling of the Marcos regime, NGOs in the Philippines have a complicated history. Some have argued that part of this sector is beholden to their funders in a “patron-client” relationship that has its roots in this politically charged history. However, at the present moment, the Philippines has the largest number of NGOs in Asia (per capita) with  many of these NGOs are building coalitions and seeking regional partnerships, it shows that there is a desire to build an institutionalized civil society modeled after the US.

As far as oversight is concerned, the government does not put many limits on what these organizations can do, and they are free to obtain funding for, and establish programs with minimal oversight. One such example is the  Philippine Council for NGO Certification (PCNC), which runs a voluntary certification process for NGOs working in the Philippines. To reach certified status, an NGO must meet benchmarks for transparency, effective use of funds, internal controls, and proper management and oversight.

In other words, the two governments could not possibly have more different views on regulating the nonprofit sector. Bangladesh and the Philippines are just two examples in a much larger region that boasts growing civil sectors that, until they garner further support domestically, will require international attention and dollars that are not limited to mere moments in time. Being an educated donor, or having a trusted partner in international giving, is the best way to navigate the often complex country-specific situations that face US donors and to ensure that your donation is made safely, effectively, and maximizes the impact you wish to have.