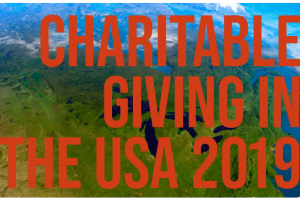 Giving and Volunteering is Up, Says New Study

Published on The Chronicle of Philanthropy, March 21, 2019

Seventy percent of Americans participated in charitable activities in 2018, either by volunteering or donating money, food, or other goods, according to a new study. Participation rates were up 8 percent from 2017. This increase was largely due to more Americans saying that they donated money to a church or religious organization or contributed food or goods to a nonprofit or religious group… Read More

4 Questions to Consider Before Donating to a Foreign Charity

A desire to help people in other countries can quickly move to the top of your financial priority list, whether it’s because you’ve traveled to distant parts of the world and were inspired by the inventiveness of the communities you visited, read about an issue in a news article, or feel a special kinship with an overseas location. Supporting the efforts of nonprofits working on issues you most care about is a great way to take action... Read More 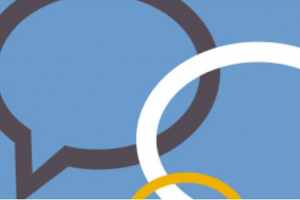 NGOs and civil society organizations around the world serve many different roles. In some countries organizations seek to augment the public services provided by governments. Still others may be called upon to step in to cover the needs where governments fail, serve as watchdogs holding those in power accountable, or do the legwork for ensuring that basic human rights are protected. Yet, they are all united in their constant quest for survival… Read More

CAF America (Charities Aid Foundation of America), the leader in cross-border giving, has partnered with E4E Relief, the expert in employee relief programs, to provide companies a means to support their employees around the world during times of disaster or hardship.

Nike has awarded 14 Memphis-area nonprofit organizations and schools a combined $100,000 to help children be more active. The grants, awarded through the Nike Community Impact Fund, support programs that get kids moving through play, sport and physical activity. The grants were determined by a select group of employees from Nike’s North America Logistics Center and Community Store in Memphis who work with Charities Aid Foundation of America, Nike’s grant-making partner, to share local knowledge, then review and recommend the organizations to receive funding....Read More

American Charity by the Numbers, as Passover Begins
Published in Barron's, April 19, 2019

Passover starts on Friday. One holiday custom is to gather Maot Chitim—literally translated as “wheat money”—for the poor to ensure everyone can celebrate. Giving to the less fortunate is a good idea regardless of the time of year. And the U.S. is a charitable country. Americans gave away more than $400 billion in 2017, according to the most recent annual figures available from the data provider Giving USA....Read More

Whether you’ve traveled to distant parts of the world and were inspired by the inventiveness of the communities you visited, read about an issue in a news article, or maybe just feel a special kinship with a given place, the desire to help somehow can quickly move to the top of your priority list....Read More

CyberGrants, the proven leader in corporate social responsibility software, today announced the Company achieved record growth for the first quarter of 2019, with the highest sales volume in the company's history. This growth is accelerated in key verticals such as pharmaceuticals and finance, and brings new leading brands across North America on to its roster....Read More

Whether you traveled to distant parts of the world and were inspired by the inventiveness of communities you visited, or read about an issue in an article, the desire to help can quickly move to the top of your priority list....Read More

(Translated) In partnership with ABCR, the North American office of the Charities Aid Foundation (CAF America) will hold the US Fundraising workshop. The workshop will be free and online, held at 2 pm (BRT) on April 17, with limited vacancies, exclusively for ABCR members and in English.... Read More

4 Questions You Should Consider Before Giving Abroad
Published on Charity Lawyer, April 1, 2019

Have you ever had an idea you can see so clearly, so precisely, that you know it has to be shared with the rest of your community, state, country, or even the whole world? You’ve probably thought about starting a non-profit organization as a way to turn your dream into a reality....Read More

A new report from CAF America credited a strong economy for helping to improve numbers for charitable donations and volunteering last year. As a whole, Americans are a pretty giving bunch—especially these days, thanks in no small part to rising economic fortunes... Read More

The majority of Americans believe that charities have had a positive impact on their local communities, the nation and internationally — and they’re willing to give more money and volunteer time in support of those organizations... Read More

4 Questions You Should Consider Before Giving Internationally
Published in Philanthropy News Digest, March 8, 2019

Whether you've traveled to distant parts of the world and were inspired by the inventiveness of the communities you visited, read about an issue in an article, or maybe just feel a kinship with a special place, the desire to help others can quickly move to the top of your priority list....Read More

Donate to Charity and Attend the Game of Thrones red carpet premiere with Emilia Clarke
Published on Winter is Coming, February 12, 2019

Want to donate to charity? Want to attend the final-ever Game of Thrones red carpet season premiere as a personal guest of Emilia Clarke, and then attend the after-party alongside Daenerys Targaryen herself? Now you can do both! We’ll let Clarke explain it... Read More

How You Can Score Pope Francis' White Lambo for a Good Cause
Published on Complex, December 6, 2018

Hear ye, hear ye people with at least $10 in their bank account reading this. You now have the unique opportunity to enter a raffle to win the holy whip from Pope Francis—that is, his white and gold custom-built Lamborghini Huracán coupé... Read More

DETROIT, Mich - Nike announced today the latest round of grant recipients for Nike Community Impact Fund (NCIF), an innovative approach to local grant-making that fuels community organizations to get kids active as part of Made to Play... Read More

One of the most limited Air Jordan collaborations of all-time is the Carhartt x Eminem x Air Jordan 4, which was originally unveiled back in 2015. They were gifted to select friends and family of Slim Shady, while only 10 pairs were auctioned off on eBay that sold for an average of over $20,000... Read More

Fresh data on charitable giving: Most Americans donate to causes they care about
Published on Northern Kentucky Tribune, December 4, 2017

More than half of Americans (55%) gave money to charity in the last year according to new research by the Charities Aid Foundation... Read More

Fresh data on charitable giving: Most Americans donate to causes they care about
Published on Northern Kentucky Tribune, December 4, 2017

More than half of Americans (55%) gave money to charity in the last year according to new research by the Charities Aid Foundation... Read More

The global grantmaking nonprofit Charities Aid Foundation of America (CAF America) has launched a new initiative to tap members of the Bangladeshi diaspora to contribute to the development of Bangladesh... Read More

The world of grantmaking can be quite overwhelming. Paperwork, tax information and various other complexities can leave the most well-intentioned organizations asking if it is all worth it. ... Read More

America is the (Second) Most Generous Country in the World
Published on Market Watch, November 10th, 2015

When it comes to charitable giving, the U.S. comes in second place. Myanmar is the most generous country in the world, according to the U.K.-based CAF America, an international nonprofit organization that’s part... Read More

Charities Aid Foundation America (CAF America), the nation's leader in global giving, today announced the opening of a West Coast office to meet increasing demand from individuals, foundations and corporations for support on strategy and delivery of their worldwide charitable goals... Read More

TRUiST, Inc. and Charities Aid Foundation of America (CAF America) have announced a partnership that will expand CAF America’s offerings to include an employee giving component and will enhance TRUiST’s ability to disburse donations to an international network of charities... Read More

Valid Nutrition is delighted to announce that our application to CAF America has been successful and we are now eligible to receive grants/donations from U.S. individuals, corporations or foundations. Many U.S. donors want to contribute to solving global problems... Read More

CAFAmerica -- a leading distributor of international charitable funds and trusted advisor to individual donors, foreign charities and companies -- today announced the launch of a powerful new Web site (cafamerica.org) that makes it easier for U.S.-based donors to give on a truly “borderless” basis around the globe and also aid foreign nonprofits with their fundraising efforts in the U.S... Read More