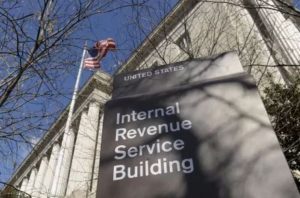 The IRS released an important notice regarding donor advised funds (DAFs) on December 4th, 2017 and has begun soliciting public comments on a number of issues concerning distributions from DAFs. While at this time only Section 4 has been posted by the IRS as guidance taxpayers may currently rely on, there is much to learn from this notice.

Notice 2017-73, titled “Request for Comments on Application of Excise Taxes with Respect to Donor Advised Funds in Certain Situations”, discusses the following items:

The focus on rules and regulations around DAFs, while much anticipated, continues to remain a source of tension in the industry. As such, the consultation process and guidance offered by the Notice are welcomed and offer a great insight on how the regulator’s understanding of DAFs is evolving. Explicitly cited as official guidance, let us begin by discussing Section 4, namely the issue of using DAFs to satisfy a donor/advisor’s potential pledge to make a contribution to a charity.

As for Sections 3 and 5, regarding donor benefits from ticket purchases and using DAFs to satisfy the public support test respectively, the IRS has demonstrated that they have been listening to public commentary and are willing to propose changes to existing rules.

Section 3 confirms that the IRS and the Department of Treasury are reinforcing past stances that “bifurcation” of contributions involving more than an insubstantial or incidental benefit to the donor/advisor are impermissible. DAFs cannot subsidize the attendance of the donor to charity-sponsored events where part of the contribution would result in a benefit to the donor/advisor (such as payment for a dinner). This is also true for cases where a DAF makes a distribution to a charity to pay for the deductible portion of a membership fee charged by the charity and the donor/advisor separately pays for the nondeductible portion of the membership fee.This restatement of opinion may indicate that the IRS intends to issue more formal guidance on the opinion that was originally seen in Private Letter Ruling 9021066. In short, the IRS is confirming its previous stances that donors may receive no benefits from DAF distributions in any scenario.

Lastly, Section 5 proposes to treat distributions made by a DAF as an indirect gift from the donor (or donors) to the distributee charity rather than as a donation from the sponsoring organization of the DAF. This proposal has two consequences: (1) an organization may not avoid being considered a private foundation based on funding from one or a few large donors due to donors making their contributions through a DAF and, (2) the distributee charity must treat all anonymous gifts (including those distributions which the sponsoring organization fails to identify the donor to said DAF) as being made by a single individual. Both of these aspects clarify how  the public support test for 501(c)(3) public charities would be met when accounting for DAF distributions.

As we noted above, Section 4 is a welcome change for sponsoring organizations as it clarifies once murky waters, along with Sections 3 and 5, it is also open for public comment until March 5, 2018. CAF America looks forward to additional guidance from the IRS and will continue to keep our donor clients and charity partners informed as further information is released.