Latest from FATF: Changes to Recommendation 8 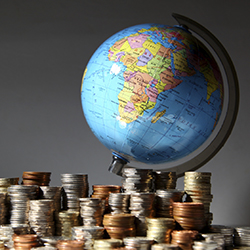 Civil society organizations (CSOs) around the world have recently recorded a victory that could be more than a small step toward regaining access to international funding. Moreover, the 25th of June, 2016, when FATF issued a string of revisions related to the implementation of its recommendations, may even mark – as highlighted by Adam Pickering, our colleague from CAF UK — “the point at which government became accountable for policies which actively suppress civil society in the name of security”.

First, a little background – the Financial Action Task Force was established in 1989 in an effort to address the problem of money laundering, and, following the 9/11 terror attacks, was also assigned the role of making recommendations to the financial industry to help prevent terrorist financing. Of the 40 recommendations made by FATF to the financial sector, recommendation 8 (R8) had severe ramifications for the philanthropic sector, as it declared that CSOs are particularly vulnerable to money laundering and terrorist funding.

FATF’s new interpretive note to R8 suggests that potential donors take a “risk-based” approach to CSOs in vulnerable countries. Essentially, the amendment recognizes “the need to ensure that legitimate charitable activity continues to flourish” in areas that need it the most, without being unnecessarily restricted.