Five Predictions for the Future of Philanthropy 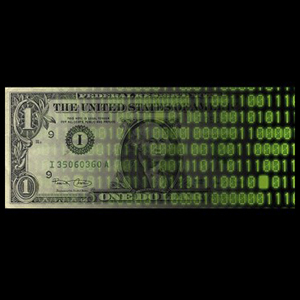 This op-ed by CAF America’s CEO, Ted Hart, was originally posted at npENGAGE and can be found here.

When asked about what I think the future of fundraising looks like, my best advice? STOP FUNDRAISING!  In the ever-evolving world of philanthropy, your success is not in the tools you use to fundraise, but in your donors. Strive to inspire and your work will be done.

It might sound like I am just trying to be confrontational by giving this advice, but I assure you this approach is rooted in the very fabric of philanthropy. No one really likes to be asked to make a donation, but tens of millions of people are inspired to support causes they care about every year.

Five major drivers will determine the future of philanthropy —

1. YouPhilanthropy – It’s not about the charity’s mission, it’s about the donor.

Today’s philanthropists are giving to causes that on one hand resonate with them emotionally, and on the other hand where they think they can achieve the most impact. I have met many donors, who in an ideal world, would prefer rolling up their sleeves and complete the philanthropic task themselves. But in the very busy world we live in, many times donations take the place of personal commitment of time.The charity is no longer at the center of philanthropy, it is YOU — the donor — who takes the stage.

With philanthropists being driven by the opportunity to put their money where it counts the most, large organizations with impressive track records — what I call “big-box charities” — are no longer the sole or the preferred solution. Smaller, more nimble local charities whose work puts them on the frontline and who can link every dollar to a specific result are far more attractive and are increasingly inspiring donors to give.

The concept of YouPhilanthropy is essentially a more donor-focused view of philanthropy and  more donor-focused fundraising. Along with technology, donor-centric philanthropy contributed to the rise in popularity of crowdfunding platforms which enable donors to have full control over who they support and how they spend their money. This same sentiment is responsible for the boom of Donor Advised Funds (DAFs).

These virtual tools enable planning for the long term, allowing the donors the luxury of time and strategy in determining their philanthropic actions. While the very first donor advised fund was created by the New York Community Trust in 1931, the second was not created until 1935. Gaining in popularity at the beginning of the 1990s, there are now 238,293 donor advised funds that hold assets of $70.7 billion. December 31st no longer need be the driving force behind the donors’ decisions, DAFs make space for a more personalized approach to philanthropy.

3. Data-driven philanthropy – It’s not just how much you give, it’s finding the niche.

Our society has more data available to use (or not) than ever before. Today’s philanthropists are wisely embracing the opportunities offered by technology. They are expecting greater transparency, as well as a plan for monitoring progress and measuring successes. Being able to follow the money, see change, and directly link results to the donation is now an achievable expectation that more and more donors are adopting. Aiming to have a tangible impact, philanthropists are less interested in being part of the solution, and more looking to be the solution.

Using data to avoid overfunding certain causes and avert duplicative efforts or conversely, identify the niche areas where a specific donation can turn things around will serve as the main rationale for future philanthropic actions. For instance, in a recent article that lays out ways for Mark Zuckerberg and Priscilla Chan, to spend their $45 billion on charity, the author points to India. 25% of the country’s population has proven to be unreachable through technology so far, and therefore is excluded from enjoying the benefits of initiatives like disaster relief funding delivered via cell phones. Data has helped find this problem and data will help be the solution. It’s easier now for donors to eliminate the extra noise and focus in on where they can make the most difference.

4. 24/7 philanthropy – It’s not the charities who are campaigning, it’s our friends, it’s our families. We are the campaign.

Historically, fundraising was concentrated around a certain time of the year (imagine the sounds of the Salvation Army’s bells). Thanks to technology, year-end campaigns are now somewhat passé. Social media allows it to be that at any given time, someone, somewhere is raising money. This sounds overwhelming, but stay with me.

Being connected day in and day out allows for inspiration to take root and enthusiasm to spread much more easily. Whether it’s the ice bucket challenge supporting ALS or a hashtag that goes viral like the World Wildlife Fund’s #LastSelfie movement, we’ve all seen how quickly things can unfold across the globe — fundraisers should adapt to this new reality and strive to learn what inspires their donors.

Social networks feed the flames of 24/7 philanthropy with donors being “recruited” every day by their friends (and their friends). Charities have not lost their role, however, through them the interaction between donors and communities can become more direct and effective. Charities need to position themselves at the crossroads of inspiration and solutions, that is how their fundraising will become a 24/7 campaign.

5. Global is local, local is global –It’s not just our neighborhood, it’s our world.

The internet and 24-hour news have brought the plights of people across the world to our very doorstep and rendered the challenges of distant populations to become our own. It has allowed for donors to not just be aware of an earthquake in Nepal, but to take action in a way that was never possible before. As such, charities that are able to react, be the most effective and the most inspiring, will have direct access to donors looking to make a difference.

The future of fundraising is already here and it is as straightforward as recognizing that donors matter more than ever. YouPhilanthropy embraces the donor being in control, the donor who now has the tools, such as DAFs, data gathering, and social media, to truly make thoughtful decisions about who to support. Despite, or perhaps because of, the presence of technology in our lives, donors need to feel inspired, they need to feel connected, and they need to see that they are able to affect change.