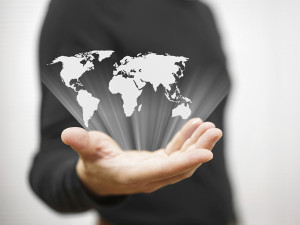 In the summer of 2010, two of the world’s most renowned  self-made  billionaires announced the formation of a long-speculated pact that  sought to permanently alter the  landscape of philanthropy. Led by Bill  Gates and Warren  Buffett, The Giving Pledge – as it has come to be  known –  is an open call to the world’s high net worth individuals and  families to dedicate the majority of their wealth to charitable causes.  The original 50 signatories included many names commonly associated  with philanthropic activity, such as George Lucas, Michael Bloomberg, Larry Ellison, Steve Case, Carl Icahn, and Michael Milken, just to name a few.

While most of the names on the list may not have come as a surprise, two individuals distinguished themselves from other pledgers in a very profound way. Facebook co-founders Mark Zuckerberg and Dustin Moskovitz, both 26 years old in 2010, were the only signatories under the age of 30. Only months later, Zuckerberg announced a gift of $100 million to Startup:Education in an effort to improve Newark’s public schools. High net worth Millennials had officially arrived in philanthropy.

In a recent joint study conducted by UBS and PricewaterhouseCoopers, it was reported that 917 self-made individuals have amassed a total of $3.6 trillion in wealth over the last 35 years; a period and rate of growth among high net worth individuals not seen since the “Gilded Age” of the early 20th century. The study also forecasts, however, that this period of unparalleled growth may be coming to an end in the near future. Given that nearly 2/3 of the world’s billionaires are currently Baby Boomers, over 60 years old, and are entering the wealth transition phase of their careers, the future of high net worth philanthropy likely rests in the hands of wealthy Millennials.

Over the past decade, donors are approaching philanthropy with a world view that has been honed by the advent of the internet and a strong demand for transparency and accountability borne from greater access to information. Dustin Moskovitz and his wife, Cari Tuna, through their Good Ventures foundation, have established themselves as trailblazers in the emerging philanthropic philosophy of “effective altruism” – a giving strategy in which an individual will always consider all causes and actions, but will only choose to provide support wherever the greatest positive impact can be achieved. Baby Boomers have traditionally focused their donations on organizations and issues that hit close to home. Churches, educational institutions, cultural centers, and healthcare organizations garner the majority of their support, but Millennials possess a much broader view of charity[1].

The evolution of a 24-hour global news cycle and the rise of social networking have connected people in a way never before seen in human history. As a result, the perceived borders of reach are far more extensive and younger philanthropists are not only aware of the issues plaguing communities worldwide, but they are also more likely to feel compelled to act and want to see the tangible impact of the gifts they make. Much like Moskovitz and Tuna, high net worth Millennials aren’t necessarily looking to support causes that have affected them personally. Rather, the lens through which many Millennials focus their philanthropic vision is a highly analytical one. The most important questions they seek to answer are: How many lives will be affected? Can this problem be solved in the short or long term? How many people/organizations are currently trying to solve this problem? Moskovitz and Tuna exemplify a feeling of global citizenship through their broad approach toward giving, a feeling that is common amongst Millennials.

The ability to observe life globally and in real-time has caused Millennial donors to expand their empathy beyond physical borders, reaching out across the seas to help those they view as fellow citizens of planet earth, not merely members of another nation. Expanding upon this attitude has led some high net worth Millennials to believe that in order to effect true global change, one has a responsibility to go even further than The Giving Pledge.

Napster co-founder, former Facebook President, and noted disruptive thinker Sean Parker plans to use The Giving Pledge merely as a starting point for his contributions to society, as he intends to give away nearly all of his $2.8 billion fortune. Parker, 35, believes that too many high net worth Millennials abandon the risky, entrepreneurial spirit that originally drove their success once they enter into philanthropy. As a result, he even views newer philosophies like effective altruism as being too “safe” for this generation’s leaders. Parker instead chooses to be aggressive in his pursuit of initiatives to support, risking large sums of money on ideas and people that could potentially produce instant and profound impact rather than slow and incremental progress. His all-in approach is evident in his most recent gift, a $4.5 million donation to the University of California, San Francisco to fund a program that seeks to eradicate malaria in Southeast Asia within 20 years.

As the philanthropic landscape is undergoing a period of transition with more and more Millennials making significant donations and funding various charitable projects, high net worth Millennials will increasingly look to wealth advisors for counsel in building a philanthropic vision and, later, legacy.  Currently, only 47% of multimillionaires aged 18 to 34 consult a wealth advisor and of those who do, only a small number report having discussed philanthropic activities.[2] When considering how the philanthropic arena is being affected by the Millennial donor, however, it is likely that we get a more accurate picture if we factor in the potential of these advisors’ influence. The key for wealth advisors when engaging high net worth Millennials is to keep an open mind about investment decisions, to understand the aspirations and anxiety related to giving, and to develop an appreciation for the social responsibility this generation has placed upon itself. We may be nearing the end of an early 21st century “Gilded Age” but the ambition and vision of our youngest billionaires, with proper direction, can usher in a new age of philanthropy that rivals and potentially exceeds the impact left by Carnegie, Rockefeller, Ford, and even Gates and Buffett.

[1] The Next Generation of American Giving: The Charitable Habits of Generations Y, X, Baby Boomers, and Matures, Blackbaud, August 2013.