A publication of Charities Aid Foundation

The 2015 WGI covers 145 countries in its data gathered by Gallup’s World Poll survey. The report is expanded to include 15 new countries: Bahrain, Belize, Burundi, Hong Kong, Kuwait, Mauritius, Namibia, Norway, Puerto Rico, Singapore, South Sudan, Sudan, Switzerland, Togo, and the United Arab Emirates. However, there are also 5 regions featured in the WGI 2014 that are not in WGI 2015, namely Iceland, Nagorno-Karabakh Region, Syria, Trinidad & Tobago, and Turkey.

CAF’s WGI is unique in that it considers factors that are not directly correlated with a certain country’s economic development or standard of living index, but have relevance in determining the attitude towards charitable giving on an individual basis. It is interesting to note that traditional or religious customs may affect the rankings of countries more so than economic prosperity. Thus, countries where for example the population largely follows the Theravada school of Buddhism — which encourages charitable giving — were found to rank higher on the WGI than countries that are far more prosperous in purely economic terms. This trend, that was noticeable in the 2014 WGI, has also continued throughout the 2015 WGI. 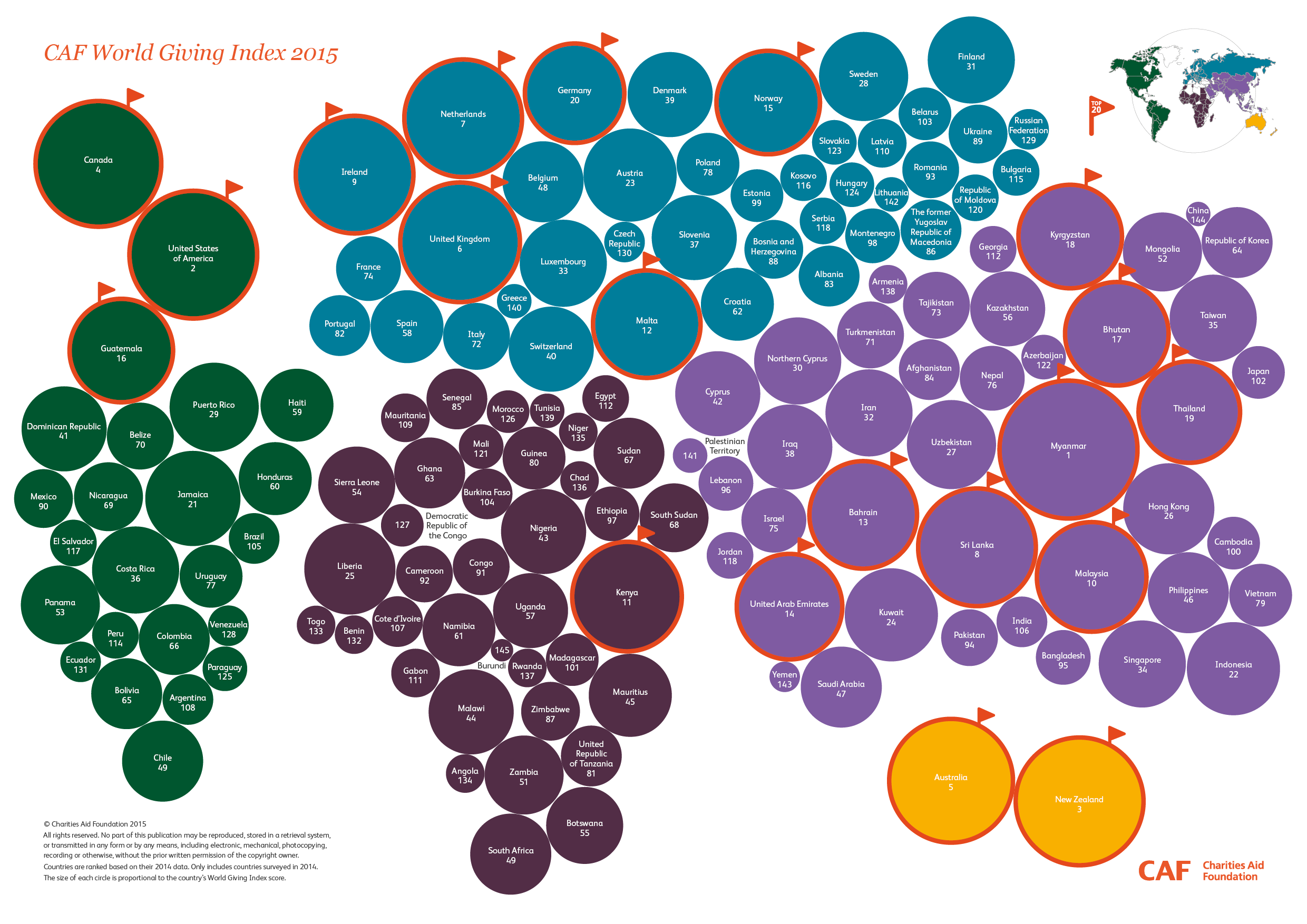 The Fight Against Hunger in Argentina