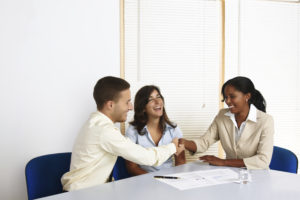 We are about to witness the largest-ever transfer of wealth between generations. Charitable giving has been steadily increasing during the past few years and there is a strong chance that the wealth of the Baby Boomer generation will result in the largest philanthropic boom seen since the era of Rockefeller and Carnegie. The difference being that this wealth is spread across an entire generation, rather than being concentrated in a few families. It is important that the nonprofit sector, and more specifically those who facilitate philanthropy, be ready for this moment and be proactive about capturing it.

A recent Stanford Social Innovation Review (SSIR) article makes the case for increasing the number of Baby Boomers who incorporate philanthropic giving into their will or who engage in planned giving. Why should this be done? The authors state that, “[m]ore than 90 percent of American adults make a charitable donation every year, but fewer than 6 percent include a charitable bequest in their will or estate plan. Narrowing that gap by even a few percentage points would generate hundreds of billions in additional funding for many important causes.” Perhaps even more staggering is the response of the Baby Boomers that the authors interviewed: 47% said they had no estate plan at all.

So how should we encourage Baby Boomers to be more strategic about their giving? It’s no coincidence that as they look to increase their charitable giving, we have also seen a monumental surge in the popularity of donor advised funds (DAFs), the fastest growing mechanism for charitable giving. A donor advised fund “is a separately identified fund or account that is maintained and operated by a section 501(c)(3) organization, which is called a sponsoring organization.” The donor makes an irrevocable donation of cash and/or assets to the fund and can take an immediate tax deduction against the total amount. The charitable funds can be invested and grow tax-free inside the account allowing for the donor to be more strategic with their recommended disbursements to beneficiaries. The donor may advise how the funds should be invested as well as recommend where and when grants should be made. The sponsoring organization—a public charity that can be independent, community-driven, or related to a financial services company such as Vanguard, Fidelity or Schwab—charges a management fee, but the costs of administering a DAF are much lower than those for a private foundation and involve much less of a headache for the donor. Minimum funding for opening a DAF is relatively low, typically $5,000 to $25,000, though exceptions can be found on either end of the spectrum.

Of course, DAFs are not new; the first was established in 1931. Their popularity has increased over the last thirty years as more sponsoring organizations have been created to offer DAFs as an option for charitable giving. Sponsoring organizations can offer everything from advisory services focused on assisting donors with identifying charities they can support to international giving opportunities, which is notoriously difficult and burdensome. Demonstrating their popularity, from 2014 to 2015, the number of DAFs increased by 11%, approaching 270,000 accounts. The Giving USA 2017 report included, for the first time, a special section devoted to analyzing investments in and charitable giving from DAFs.

The attraction of DAFs is clear. Not only do donors realize an immediate tax deduction from donations to their DAF, but the ease with which the sponsoring organization can convert assets (even complex ones such as real estate or personal property) into funds without incurring capital gains taxes encourages even more donations. Donors may also generally deduct up to 50% of their adjusted gross income for cash donations as opposed to 30% for a private foundation. Another major benefit of DAFs is that they can be used effectively with other vehicles such as charitable remainder trusts and charitable lead trusts. Additionally, DAFs can reduce tax burdens during important events such as selling a business or property, receiving an inheritance, or witnessing a strong return from investments. Lastly, DAFs can accept bequests, making them an ideal vehicle for a well-rounded estate plan.

While the Baby Boomers that were interviewed for the SSIR piece noted their aversion to estate planning and bequests, many others have already realized that planned giving does not need to be complicated, in large part thanks to DAFs. In our recent interview with wealth advisor and tax attorney, Jane Peebles, she reminds her clients that their financial plans revolve around three main pillars: taxes, children, and charity. As she effectively incorporates the philanthropic conversation into her estate planning practice, DAFs have been a major cornerstone of what makes her clients excited about giving.

When considering options for charitable giving, a DAF offers a simple and convenient vehicle which is tax-effective and maximizes the impact of donated cash and assets for the donor’s chosen charities. Family members can be included and may be named as successor advisors on the account, allowing for family legacies to be span generations. As Baby Boomers continue to embrace charitable giving, DAFs can serve as a cornerstone of their estate plans and can make the process of planned giving easier than ever before.