Dollars to Rupees: When Diaspora Interests and Corporate Philanthropy Align 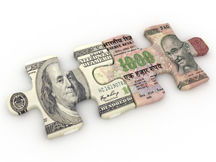 Over the past decade, international corporate philanthropy has undergone a significant transformation. Overseas gifts by U.S.-based companies were once made only in the face of natural disasters or violent conflicts. However, the globalization of business and the burgeoning zeitgeist that corporations must not only do well – but also do good – has led influential business leaders to support ongoing, more strategic initiatives in developing countries.

For instance, with an eye toward being better global citizens, many corporations have rolled out employee giving programs, whereby the company pledges to match donations made by employees to organizations of their choosing, domestic or foreign. Such programs serve to greatly broaden the scope of a corporation’s philanthropic vision in addition to addressing the individual concerns of its employees. One of the factors driving this trend is the increasing prevalence of CEOs from diaspora populations at the helm of some of the U.S.’s wealthiest corporations. As prominent members of robust diaspora communities, these figures are uniquely situated to have a profound impact on both the culture of corporate giving and the future of their home countries. When the strategic business goals of corporations align with the interests of a diaspora, the results are dedicated development programs that aim at long-term solutions.

One such significant diaspora community in the U.S. is the Indian diaspora. At an estimated figure of 3.8 million people, the Indian diaspora in the U.S. represents a small, yet influential minority amongst the estimated 25-30 million Indians living away from their ancestral homeland. A great deal of that influence is drawn from members of the Indian community who have achieved success and notoriety not only by leading Fortune 500 companies, but also steering those companies toward social responsibility programs that finance development in South Asia. Satya Nadella (Microsoft), Sundar Pichai (Google), Indra Nooyi (PepsiCo), and Ajay Banga (MasterCard) are all Indian-born CEOs of powerful American companies who have been able to demonstrate how one’s ties to a diaspora community can drive the philanthropic vision of an entire corporation.

Since taking the reins at MasterCard in 2010, one of Banga’s most successful initiatives has been the implementation of the “Purchase with a Purpose” program in Asia. For every dollar spent by cardholders at particular merchants or special events, MasterCard makes a corresponding donation to designated charities in the region. Thus far, this program has raised millions of dollars for organizations in India, Bhutan, Thailand, Singapore, Indonesia and a number of other South Asian countries. In 2008, two years after becoming both the first non-U.S. born and first female CEO of PepsiCo, Indra Nooyi authorized a $6 million grant from the PepsiCo Foundation to The Earth Institute’s Columbia Water Center (CWC). The CWC’s aim is to address problems caused by drought and water shortages worldwide. To date, CWC has provided access to clean drinking water for over 3 million people, primarily in India, China, and Mali. Under Nooyi’s guidance, PepsiCo intends to continue to back CWC initiatives that seek to provide clean water to an additional 3 million people by the end of this year.

Nadella and Pichai head global corporations based in Silicon Valley – the epicenter of innovation, and also Indian diaspora success. It should come as no surprise then, that during a recent visit to the U.S., Indian PM Narendra Modi seized the opportunity to garner both Nadella and Pichai’s support of Digital India – a program designed to ensure that essential government services can be made available to India’s citizens electronically by bolstering the country’s internet infrastructure. Shortly after his meeting with PM Modi, Pichai announced that Google would support Digital India by wiring 400 railway stations with high-speed, Wi-Fi internet access. Additionally, Pichai announced that Google would provide ongoing support moving forward, such as offline access to Google services and low-cost Chromebooks, as a step toward getting all of India’s 1.2 billion people connected to the internet. This pledge marks Pichai’s first major initiative since being named CEO in August 2015. He is representative of both the diaspora spirit of giving back and the developmental influence that diaspora members can wield when piloting large corporations.

Satya Nadella’s pledge went even further than Pichai’s, as he unveiled Microsoft’s plan to use India as its hub for cloud services, including the development of data centers across India that will create thousands of jobs. Nadella also promised that Microsoft would continue to work with the Indian government in an effort to bring broadband internet to over 500,000 Indian villages in the near future. Nadella’s own sentiment reflects the importance of engaging members of the diaspora, especially those who are C-level executives: “We believe low-cost broadband connectivity coupled with the scale of cloud computing and the intelligence that can be harnessed from data can help drive creativity, efficiency and productivity across governments and businesses of all size. This, in turn, will create global opportunities for India”.

The pledges made by both Nadella and Pichai, and the initiatives funded by Nooyi and Banga, demonstrate the impactful role corporations can play in diaspora philanthropy. The relationships between corporate leaders like Nadella, Pichai, Nooyi, and Banga, the corporations they lead, and the populations they represent will play an increasingly important role in the ongoing engagement and organization of diaspora communities, and the global impact they can create.