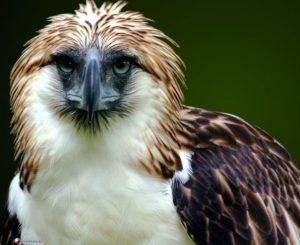 In Philippine Tagalog, Haribon means King of the Birds. Within the archipelago nation, there lives a true Haribon – one of the largest, most powerful, and rarest birds in the world – the Philippine Eagle. The majestic bird makes its home along the lush forests and coastlines of the Philippine archipelago – one of the world’s most biologically diverse ecosystems. With a rugged coastline made up of nearly 8,000 islands & deep tropical rainforests, the country is home to an extraordinary variety of flora and fauna, making its natural beauty all the more necessary to protect and conserve.

When the Haribon Foundation was founded in 1972, it started as a birdwatching society. It wasn’t until a decade later that the Haribon Foundation became an official conservation foundation specializing in biodiversity and expanded its conservation efforts beyond that of the Philippine Eagle to include a variety of causes around the country. The frail ecosystems of the Philippine archipelago are suffering more than ever due to industrialization, deforestation, and pollution which have taken their toll on natural resources, while erratic storms have ravaged precious coastlines.

The foundation’s trajectory from a bird watching society to a true conservation foundation was only natural; the many islands of the Philippines combine to make the fifth largest coastline in the world – over 35,000 kilometers – making habitat conservation throughout the archipelago a top priority for conservationists worldwide. Unique in terms of plant and animal life, a variety of some of the rarest flora and fauna call the islands their home, including the Mindanao Water Monitor & Calamian Deer and Jade Vine and Fan Palm.

Since its establishment as a conservation foundation, the Haribon Foundation cast a wide net of conservation efforts to include conserving sites & habitats, saving species, encouraging sustainability, and empowering indigenous people, as well as championing some non-conservationist causes including gender equality. With such a rich history of diverse initiatives; the Haribon Foundation finds itself at the forefront of important efforts in the region.

Despite best efforts from local and international organizations, the fragile balance of the  Philippine archipelago remains at risk. In fact, the namesake of the Foundation, the Filipino Haribon, is one of the species in critical danger of extinction. With fewer than 800 of the birds left in the wild, the eagle is in very real danger of being wiped out. To combat this, Haribon Foundation’s “Philippine Eagle Project” strives to “increase knowledge and understanding of the biological and ecological characteristics of the Haribon in the [Philippines] and raise awareness on its conservation.” This initiative will ideally result in greater overall protection and conservation efforts for one of the world’s most majestic birds.

As a vetted charity with CAF America, the Haribon Foundation for the Conservation of Natural Resources, Inc. is eligible to receive grants to help further their efforts to maintain some of our planet’s most beautiful and diverse ecosystems.