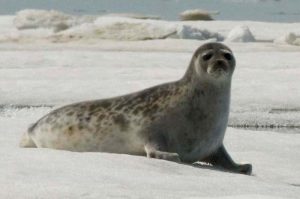 At the beginning of the 20th century, an estimated 1000 Saimaa Ringed Seals populated Lake Saimaa in Finland.  By 1983, only 150 of these seals survived net fishing, which is still to date the biggest threat for the ringed seals. With unwavering and relentless awareness campaigns like that of the Finnish Association for Nature Conservation, today this seal population stands a fighting chance.

The Finnish Association for Nature Conservation (FANC) is the largest nonprofit organization in Finland that advocates for environmental protection and nature conservation. As a result of the industrialization of Finland, there was a growing recognition that the country’s natural ecosystem was taking a backseat, leading to the creation of FANC in 1938. Since its inception, FANC has been instrumental in promoting and creating awareness for climate change, protecting endangered species, and liaising between governmental and environmental organizations to preserve both fauna and flora in Finland. With over 30,000 individual members,180 local member associations, and 15 district organizations, FANC engages Finnish citizens, including youth, to actively volunteer and help maintain the natural beauty and diversity of the Finnish landscape. FANC’s broad range of conservation activities include efforts to protect the world’s most endangered seal, Saimaa Ringed Seals, and the endangered Golden Eagles.

A region surrounded by one of the largest lakes in Europe, the Finnish Karelia is rich in aquatic wildlife, which often leads to illegal fishing and hunting. A disproportionate victim of these activities, is the Saimaa Ringed Seal. Currently, only 320 of these seals inhabit Lake Saimaa due to net fishing and climate change, an increase from 1983, but far from a hundred years ago when there were three times as many. Building upon fishing restrictions and other protecting regulation, FANC aims to increase the number of seals to 400, a threshold that would likely mean that the extinction of the species is prevented. In just four years, their work resulted in a 35% decrease in illegal fishing traps. However, the organization also recognizes that restrictive fishing regulations might adversely affect local recreational fisherman so they have established a plan to introduce free seal-safe fish traps to compensate these fishermen. While the organization’s focus is to protect wildlife, FANC also takes great strides to assist the surrounding local population by encouraging safe fishing practices.

Another important project FANC has taken on is focused on protecting the Golden Eagles in Finland. Due to excessive illegal eagle poaching, FANC recognized the need for immediate action to save these regal birds and prevent them from disappearing altogether. With the help of the granted funds received through CAF America, the organization built 25 artificial nesting sites for the eagles in the vast Finnish wilderness, which stretches across central Finland from the eastern border with Russia towards western Finland. The project aims to bring the Eagles back to inhabit areas from where they disappeared because of human exploitation and habitat destruction. Through educational seminars, multiple museum exhibits, and policy advocacy, FANC’s efforts have generated more sensitivity to the plight of all wildlife in the region.

FANC’s crucial work to conserve the taiga and lake ecosystems has been successful, in part, due to the organization’s deep engagement with the Finnish community. Local schools, individual members of governments, and member associations have stepped up to take care of their country and educate each other through widespread campaigns. Because of FANC’s concerted efforts to preserve Finland’s diversity and natural beauty, the country and its citizens can continue to take pride in their commitment to the environment.