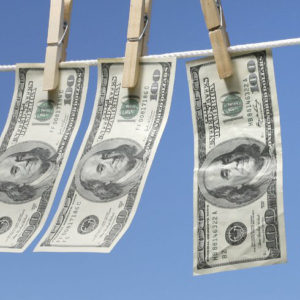 A recent announcement by the Financial Action Task Force (FATF) is giving the charitable sector a new reason to celebrate. For years, governments have cautioned potential donors that the entire charitable sector, made up primarily of Nonprofit Organizations (NPOs), is at a greater risk for being used to commit money laundering and other illegal activities. Such recommendations, some have argued, have been used by governments to enact harsh restrictions on NPOs’ activities. So what development has given this important sector cause to be hopeful?  FATF, an intergovernmental body established in 1989 to address the globally growing problem of money laundering, released an interpretive note that suggests that while NPOs are not immune from terrorist abuse, countries and donors should no longer view the entire sector as high risk.

To get a complete picture of how this development impacts the civil society sector, it’s important to understand the long term effects of political thinking over the last 25 years in this arena. FATF’s mandate, since its inception, has been to “set standards and to promote effective implementation of legal, regulatory and operational measure for combating money laundering […] and other related threats to the integrity of the international financial system.” Of the 40 recommendations made by  FATF, Recommendation 8 (R8) declared that NPOs, which have long provided benefits and services to groups within society are most at risk, as they are particularly vulnerable to be used for money laundering and  terrorist groups’ funding. Many have also argued that R8 led to the disruption of the flow of financial resources to the areas with the greatest humanitarian need, affecting the capacity of the NPOs to do their work.

Nearly fifteen years later, FATF has adopted a revised standard, which aims to ensure that the implementation of R8 is “in line with a risk-based approach and does not disrupt or discourage legitimate nonprofit activities”. In FATF’s “Best Practices Paper” on R8, they state that “Recommendation 8 does not apply to the NPO sector as a whole. Countries should take a targeted approach to implementing the measures called for in Recommendation 8, including oversight and regulatory mechanisms, based on an understanding of the diversity of the NPO sector and the terrorism risks faced by the domestic NPO sector”. FATF’s recommendations were intended to prevent the abuse of legitimate nonprofits by terrorists and terrorist organizations, without the knowledge of donors, management or staff (i.e. “terrorist actors will often employ deception to mask their activities,”) , with the goal of funneling money to fund terrorism related activities.

While FATF calls on governments to help combat the abuse of NPOs by terrorists, they also recognize that the NPO sector has made every effort to successfully dispel any illusions that the entire sector is at risk. To continue in this direction of self-oversight and regulation, NPOs — especially international grantmakers — should be aware of the following regulations:

While the Executive Order is not applicable to donors themselves, a donor advised fund “could find its assets frozen if it received funds from prohibited individuals or organizations identified by the government as terrorists” and, on a donor’s advice, even inadvertently provided funds which were used to further terrorist goals. Therefore, all sponsoring organizations should be cognizant of the names on the various lists; and, establish internal procedures for assuring compliance with the Executive Order’s prohibition on providing any assistance to these groups or individuals.

At a minimum, the ATF guidelines recommend that all charities, including nonprofits and grantmakers, conduct a basic vetting of recipients, by:

FATF’s efforts to bring further clarifications are welcome amidst a recognition that its recommendations have been used by many governments for unintended purposes (among others, severely limiting NPO activities); however, NPOs should continue their work to strengthen the belief that the sector is able to prevent financial crimes and misuse of charitable funds and take ownership of their sector. As this article outlines, US grantmakers must contend with many obstacles to be in full compliance with the anti-money laundering regulatory framework, nevertheless, it is being in compliance that has partially dispelled any notions that the entirety of the sector is at risk for terrorist financing schemes. A more informed charitable sector means that donors can be assured that their gifts will be used appropriately and securely.