A New Canadian Stereotype Worth Having: L’esprit de Générosité

O, Canada. There are many things that come to mind when people hear your name. A list of common stereotypes about Canadians could follow this sentence, but instead of rehashing tired generalizations, how about adding a new one? After all, not all stereotypes are negative. 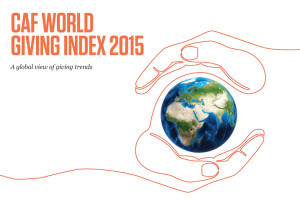 With the release of the 2015 World Giving Index (WGI), Canadians saw their country ranked fourth out of 145 countries in terms of measuring charitable actions and attitudes. A result warranting respect! But what does this mean for the diverse country of 35 million people?

Well, it means that Canada is one of the most charitable countries on the planet — not just this year, but every year since the WGI has been in publication (six years and counting). Canada has been ranked, on average, in the top five every year since. The only other countries to be consistently among the top 5 are the United States, Myanmar, New Zealand, and Ireland. It seems that the charitable spirit is as Canadian as hockey and maple syrup.

With 44% of respondents answering “yes” to the second question, Canadians are clearly committed to volunteerism and this has manifested in Canada being ranked fifth overall in this category. While the number of Canadians who donated to charities fell from 71% in 2014 to 67% in 2015, the country scored 69% in people who had helped a stranger in the last month, a 3% increase from 2014.

A trend that emerged from the 2015 WGI is related to the potential correlation between religious traditions and charitable giving. Myanmar, which ranked first this year, is considered a lower middle income country by the World Bank, but its population largely follows Theravada Buddhism which encourages charitable giving and activity. Among others, this fact explains the country’s consistently high scores. Yet, single factors such as religious traditions or income levels alone do not make a country charitable. Given the fact that Canada is a higher income country, we might be tempted to attribute its repeated successes in the rankings to this fact. However, it is interesting to note that other countries with this designation such as Germany, Sweden, or Japan do not rank nearly as high as Canada within the World Giving Index.

So what contributes to Canada’s continued success in the rankings? Is it just within the essence of being Canadian? CEO of CAF America and President of CAF Canada, Ted Hart, highlighted how the WGI yearly results are a proof of how consistent the philanthropic sector is in Canada. Looking beyond the role various factors play in determining giving trends, philanthropy seems to be within the very nature of being “Canadian” that lends to such levels of charitable giving.

Canadians should be proud to be rated in the top five of the World Giving Index, and being seen as one of the most charitable nations in the world should be a stereotype worth having. Let’s all hope that l’esprit de générosité continues to be an essential part of Canadian culture.