Perhaps more than ever before, there is a push across the world to preserve some of the 6,000 languages that exist on our planet. This goal is not free of challenge however, as according to the BBC, over 90% of these languages are spoken by only 100,000 people or less. With the rise of English… CONTINUE READING >>

Washington, DC, February 17, 2016 – The Aspen Institute today announced the transfer of the Diaspora Investment Alliance (DIA) to Charities Aid Foundation of America (CAF America), the nation’s leader in global giving. The DIA will reside independently under CAF America who will evolve the initiative under its leadership and unique global footprint. DIA’s… CONTINUE READING >>

Bright Future International (BFI) is a charitable organization dedicated to helping underprivileged children around the world. It funds arts and educational enrichment programs for children through partnerships with local and international organizations that seek to instill values of compassion, self-esteem, and the desire to help others. Founded in 2008 by Mr. Anthony Melikhov, a former… CONTINUE READING >>

Nochlezhka is a rehabilitation center in St. Petersburg, Russia, that provides holistic services for homeless men and women. The organization, created in 1990 and functioning as a certified charitable organization since 1997, was conceived by a group of compassionate individuals concerned about the situation of the homeless in their city. Since, it has evolved to… CONTINUE READING >>

The Sound of Resurgence: Radio 2.0

Apparently, just like karma or fashion, radio has come and gone and is now back again. With the advent of television and the internet, it seemed like the platform that brought us FDR’s fire-side chats, Radio-Free Europe, emergency broadcast systems, and allowed music to transcend borders, would end up disappearing into history. As World Radio… CONTINUE READING >>

Cancer, one of the world’s most dreadful diseases takes the loved ones of millions every year, among them multiple beloved celebrities within just the first few weeks of 2016. As we recognize World Cancer Day on February 4th, we cannot help but hope that the time when humanity can breathe a sigh of relief is… CONTINUE READING >>

Out of 24 countries representing 75% of the world’s GDP, the U.S. has ranked #1 in generosity.  A recent paper published by Charities Aid Foundation — Gross Domestic Philanthropy: An international analysis of GDP, tax and giving –– looked at data provided by the selected countries to determine whether a correlation existed between GDP growth… CONTINUE READING >> 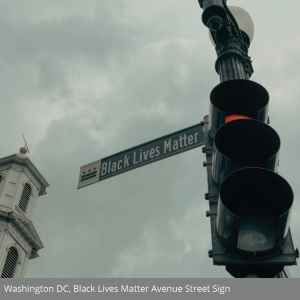 The Quest for Racial Justice and Equity

The coronavirus pandemic has become an amplifier of the structural racism that exists in the United States. In an age when anyone can reach mass audiences through social media, evidence of unequal treatment and racial bias toward the Black community abounds. Guided by their mission, “to help people respond effectively to injustices in the world,”… CONTINUE READING >>